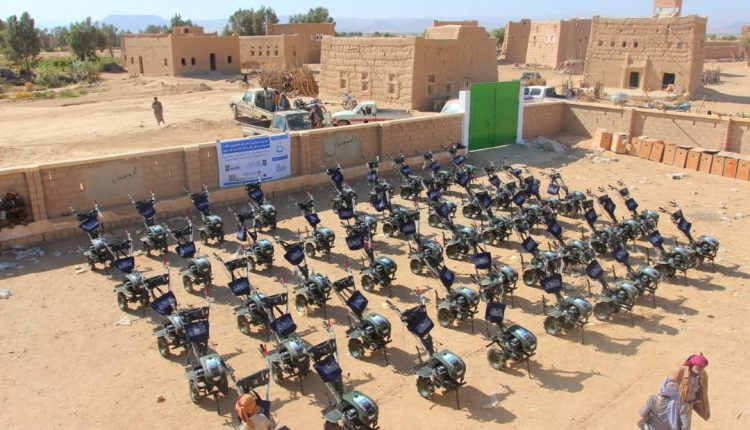 The implementation of development, service, and agricultural projects that help increase the level of productivity of farmers who receive benefits and raise their level of income is in line with SCMCHA’s interest of alleviating the worst human suffering in the world caused by aggression and blockade.

SCMCHA’s branch in the Al-Jawf Governorate presented 48 manual plows to farmers in the Al-Matma District, which were funded by Yemen Aid organization and carried out by Nabd Development and Evolution organization, in the presence of the governor of the governorate, the local council, and the relevant authorities.

The project comes to support farmers by cultivating and reclaiming agricultural lands, which contributes to achieving self-sufficiency.

Amid suffering that is exacerbated by the reduction of aid,The number of IDP has risen to 5.1 million.

Rehabilitation and paving of roads in a number of districts of Dhamar Governorate.

The Prosthetic Limbs Center in Saada.. An achievement that contributes to the…

Al-Hamli: One million and 500 thousand beneficiaries of emergency cash transfer…