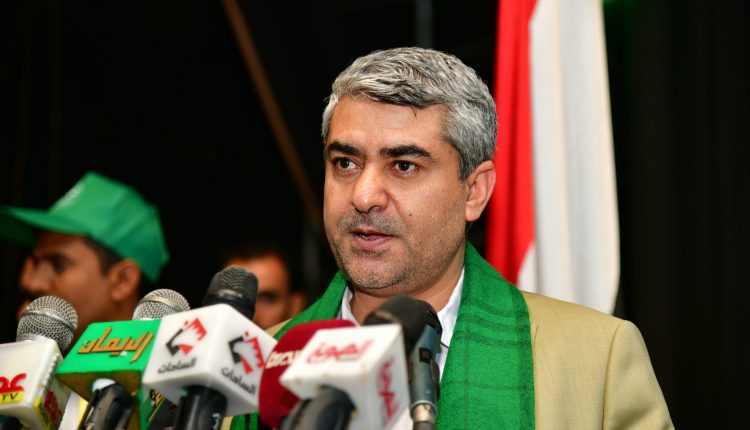 Tawoos:Celebrating the Prophet’s Birthday establishes loyalty and emulation of the Greatest Messenger.

The Secretary-General of the Supreme Council for the Management and Coordination of Humanitarian Affairs and International Cooperation, Abdul Mohsen Tawoos, affirmed that the festive events held by the Yemeni people on the anniversary of the Prophet’s birthday consolidate loyalty to the Messenger of God, may God’s prayers and peace be upon him and his family,.

In his speech during the festive event held by SCMCHA today, on the anniversary of the Prophet’s birthday, Tawoos indicated that this cultural, educational, mobilization and faith event held is a prelude to the major event that will be held on the twelfth of the month of Rabi` al-Awwal.

In the celebrating, which was attended by members of the Supreme Political Council and the Director of the Presidential Office, members of Parliament, a number of ministers, military, security and social leaders, representatives of international and local organizations, heads of institutions and deputy ministers, Tawoos said that the celebration of the Prophet’s birthday is an occasion to recall the morals of the Prophet and embody them in the reality of daily life and follow his lead.

He pointed out that this anniversary is an awareness and educational station and a motivation for the Yemeni people to persevere in the face of enemies until victory is achieved.

A meeting to discuss the initiative of localization humanitarian work in Yemen.