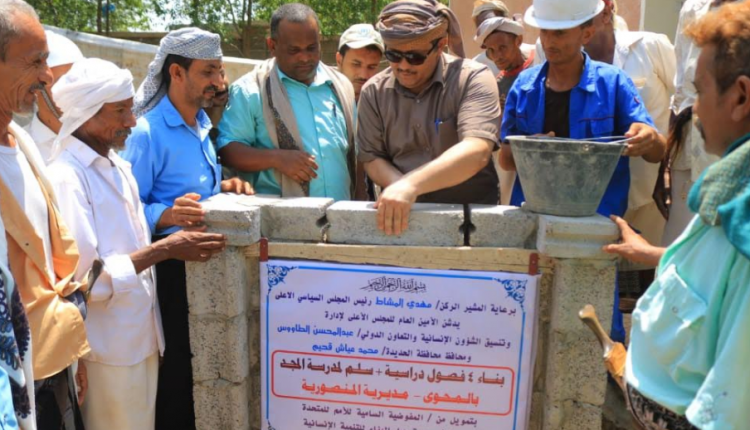 The Director of SCMCHA branch in Al-Hodeidah Governorate, Jaber Al Razihi, laid today the foundation stone for first project, establishing four classrooms in Al-Mahwa village of Al-Mansuriya district, and the second, establishing 45 housing units of the first phase for IDPs from Al-Durayhimi city.

The first project includes the construction of four classrooms with their facilities at Al-Majd Basic School in the village of Al-Mahwa, funded by the United Nations High Commissioner through the Jill Al-Binaa Association for Human Development, at a cost of $49,000.

Al-Razhi stressed the importance of projects that serve the community, especially projects that are alternative to those targeted by the aggression and deprived thousands of students from continuing their education.

Al-Razhi explained that the project comes as a translation of the directives of the leader of the revolution, Mr. Abdul-Malik Badr Al-Din Al-Houthi, and his interest in Al-Durayhimi people, coinciding with the anniversary of the September 21 revolution.

In turn, the director of the district , Muhammad Al-Musai, appreciated the efforts of the local authority and the branch of SCMCHA in alleviating the suffering of Al-Durayhimi’s children affected by the aggression.

The laying of the foundation stone was attended by the coordinator of the Supreme Council in the two district , Walid Ahmed Yahya, Mukhtar Al-Madani, and the director of Al-Majd Collective School, Omar Saghir. 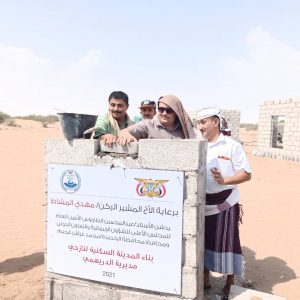 Amer and Al-Razhi lay the foundation stone for the Ahfad Bilal housing project in Al-Hodeidah governorate.