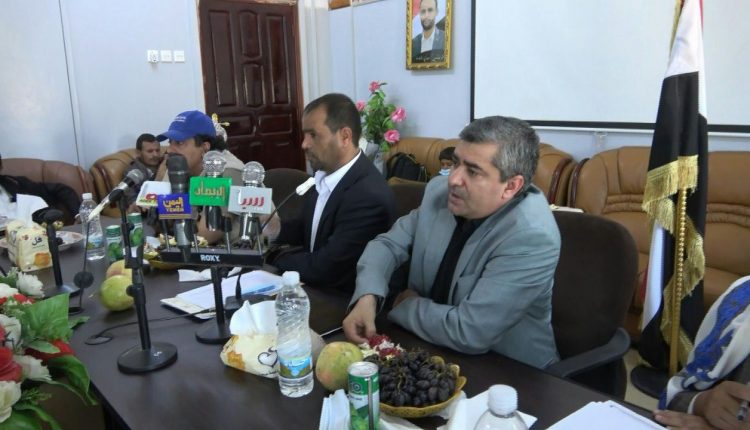 At the meeting, which was attended by provincial agents, members of the administrative board of the local council and directors of all executive offices, Governor Awad pointed out the need for projects in the areas of health, education, water, hygiene, improvement and works, primarily the sanitation, southern liquid and road network.

The programme adviser at the United Nations Office of Project Services pointed out that there are projects in various areas and the local authority in the province should identify the need. Sa’da has been deprived of many projects, but a plan should be drawn up to start properly, he said, noting that there are priorities to be focused on, such as sanitation and southern liquid.

The directors of the executive offices, institutions and agencies in the province reviewed the needs of the province and the damage caused by the aggression to the infrastructure.

At the meeting, the local authority honored the Secretary General of the Supreme Council for Humanitarian Affairs, the United Nations Office and the Programme Advisor with shields and certificates of appreciation.

The meeting was attended by the director of the second main area of the public works project, Engineer Hassan Al Habishi.

discussion about the possibility of expanding child Save interventions.

Workshop in Sana’a about managing camps for displaced people.