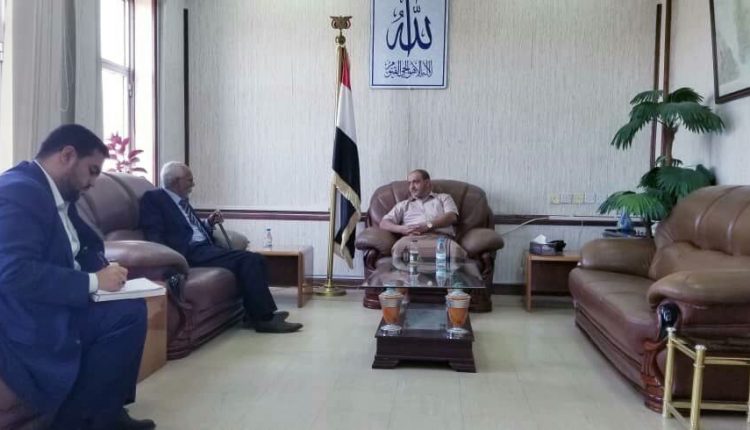 Al-Hamli and Hajar discuss the repercussions of the humanitarian crisis in Yemen.

The Secretary-General of the Supreme Council for the Management and Coordination of Humanitarian Affairs and International Cooperation, Ibrahim Al-Hamli, discussed with the advisor of the Supreme Political Council for Diplomatic Affairs Abdulelah Hajar, the effect of the humanitarian crisis as a result of the aggression and siege.

The meeting touched on the suffering of the Yemeni people as a result of ongoing aggression and siege for seven years.

Al-Hamli pointed out the importance of diplomatic efforts to make pressure stopping the aggression and lift the siege, which caused more harm to the Yemeni people.

He confirmed the continuation of SCMCHAl to mobilize aid and provide public services to citizens as much as possible to alleviate the humanitarian catastrophe that the country is going through.

For his part, Counselor Hajar appreciated SCMCHA role in coordinating and organizing humanitarian work, which contributes to alleviating the humanitarian catastrophe as a result of the aggression and the siege, stressing the importance for concerted efforts and work, both in its field, to alleviate the suffering of the Yemeni people.

Al-Hamli discusses with government agencies and international organizations the objectives and tasks of humanitarian work.

Discussing the suffering of thalassemia patients as a result of the continuation of the siege.