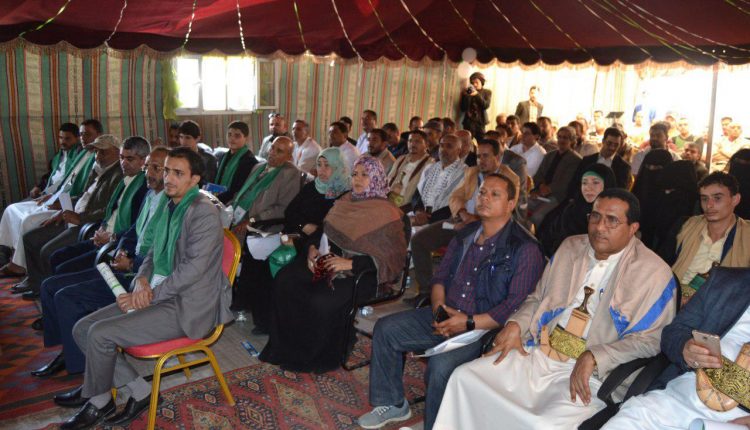 Today , on Monday , in  Sana’a;  the National Authority for the Management and Coordination of Humanitarian Affairs and Disaster Management  organized a oratorical  and cultural activity  on the occasion of the Prophet’s birthday.

The head of the Authority , Abdul Mohsen Al-Tawoos, stressed the importance of reviving the birth of the great

Prophet, who illuminated the land of God.

He added  that “revival of birth is an approach and a project that restored humanity’s place and value in terms of honoring man and upholding the mind “. Islam looks up to  humanity at various levels .

He has reviewed the aspect of compassion , the message of the prophet , and the  state of loss and confusion as well as misguidance experienced by mankind in general and the Arab nation in particular, which God  dignifies them with Islam

At the ceremony, which was attended by of Agriculture’s agent , Hashem al-Mutawakil, and agents  of the National Authority  and a number of branch officials of the Authority,  within the presence of media, political and cultural figures, intervened  by chanting in praise of the Prophet’s birthday for Taha Almoayyed, and two verse for Dr. Ibtisam al-Mutawakil, and the child, Younis Mansour.

Dr. Qais Fadel also had  a speech where he stressed the importance of celebrating the anniversary of the Prophet’s birthday whereas   the message of the great Prophet freed the nation from darkness and lit their paths with light.

NAMCHA Director Joins The Branch Of The National Authority On Hajjah Its Celebrating The Anniversary Of The Prophet’s Birth.