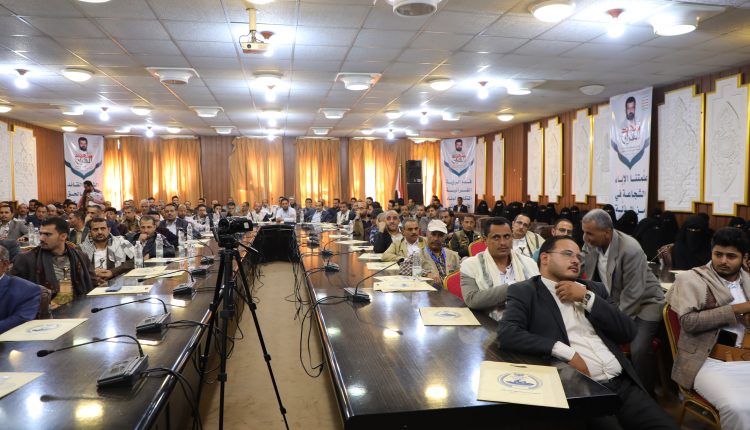 SCMCHA Commemorates the Anniversary of the Martyr Leader.

The Supreme Council for the Management and Coordination of Humanitarian Affairs and International Cooperation commemorated today the anniversary of the martyr leader Hussein Badr al-Din al-Houthi, with a rhetorical event under the title “Martyr of the Qur’an.”

In the event, the Secretary-General of SCMCHA, Ibrahim Al-Hamli, considered the commemoration of this anniversary as occasion to get lessons and from the courage and sacrifice of the martyr leader in the face of the aggression forces.

He explained that the martyr leader embodied all the meanings of humanity and courage that astonished the world, urging to take advantage of the martyr leader’s project by following in his footsteps to confront the forces of tyranny and arrogance.

Al-Hamli praised the bravery and honesty of the martyr leader and his standing in the face of the forces of domination and arrogance, at a time of subservience and submission that the nation was suffering from.

The event displayed a documentary presentation about the martyr leader Hussein Badr al-Din al-Houthi in
the presence of SCMCHA officials and employees.

The Secretary General of SCMCHA meets the head of TYF.

Discuss the projects and activities of the National Development Corporation.