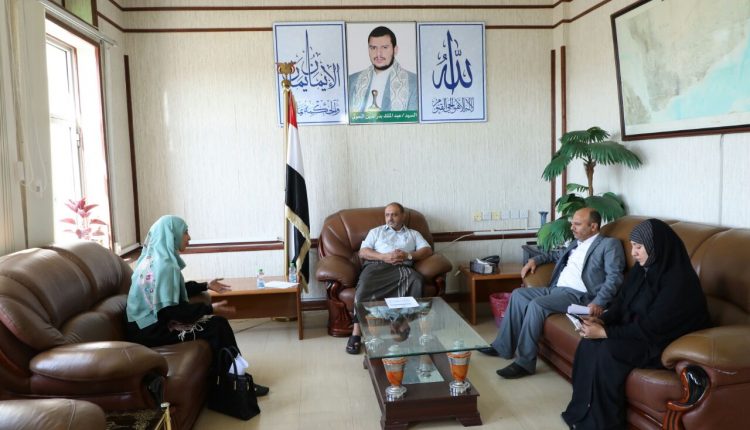 A meeting in Sana’a to discuss the situation of childhood in Yemen.

The meeting confirmed the importance of directing projects for children according to the priorities of needs raised by the relevant authorities to achieve positive results in the process of providing support to alleviate the suffering of Yemeni children.

In the meeting, the Secretary-General of SCMCHA expressed regret for the suffering of the Yemeni child in light of the international silence regarding the crimes and violations committed by the aggression against children in Yemen.

He referred to the sympathy that Moroccan child Rayan got ,while the feelings and conscience of humanity were not shaken by the scenes of thousands of Yemeni children who were killed by bombing and buried under the rubble since the beginning of the aggression, as well as the displacement and psychological state of most of the children.

Al-Hamali stressed that the Yemeni childern were deprived of their most basic rights as a result of the aggression, including medicine and food, in light of a negative human rights and humanitarian role that does not rise to the level of responsibility.

For her part, the Secretary-General of the Supreme Council for Motherhood and Childhood affirmed the keenness to coordinate with SCMCHA regarding childhood projects in Yemen to alleviate the suffering of the Yemeni child, who lost the most basic childhood rights under the aggression and siege.