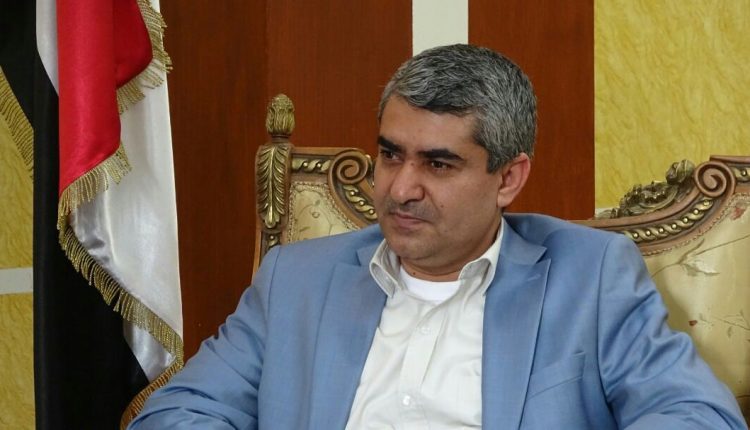 Tawoos: The sums granted to water projects were sufficient to deliver water to every home.

Abdul Mohsen Tawoos, Secretary General of SCMCHA, revealed the successes that was achieved by the Council in reducing the corruption and of organizations working  in Yemen after they were controlling randomly where no citizens got benefit from them .

He explained when he participated yesterday in the program 9 and people on al-Hawia channel, that the Supreme Council aims to coordinate between international organizations working in Yemen,Ministries and concerned authorities in order to direct projects and donor funds properly and ensure that the people who get benefit from it, not organizations, pointing out that a number of these organizations cooperate with the Council with the exception of the UNICEF which is known for its corruption worldwide.

The Secretary General of the Supreme Council for Humanitarian Affairs, said that UNICEF is dealing with some government agencies in Yemen directly, including the Ministry of Water, pointing out that there are many projects implemented under an agreement between Water ministry and UNICEF outside the coordination of the Supreme Council, pointing out that the corruption files of the Ministry of Water and its projects in partnership with UNICEF are estimated to be more than 365 million dollars over the past three years, these projects have been implemented away from the Council, calling on the president of the Supreme Political Council to control this imbalance.

He said the formation of the council was a republican decision that obliged donors to refer to it in the event of grants, adding that UNICEF deliberately communicated directly with a number of government institutions, adding that UNICEF was responsible for any imbalances or corruption cases, adding that the imbalances in the exchange differences for teacher incentives disbursed by UNICEF through al-Karimi company were borne by the organization and the exchange company.

The Secretary General added that the sums granted for water projects were enough to deliver water to each house, stressing that the council addressed UNICEF to support the cleaning boxes with diesel material allocated to the Ministry of Water to fight the spread of cholera, but it apologized and only dealt with the Ministry of Water, pointing out that nearly 3 billion and 800 million riyals is the debt of UNICEF to the Electricity Corporation.

He pointed out that the reports of the third partner of UNICEF in charge of monitoring the projects of the organization confirms the failure of the Ministry of Water to allow it to examine the projects implemented, addin that the Ministry of Water has already announced that it has not signed any agreements with donors while it is clear through the documents that it has signed several agreements without the knowledge of the Supreme Council.

Tawoos stresses the importance of taking care of displaced people and alleviating their suffering.