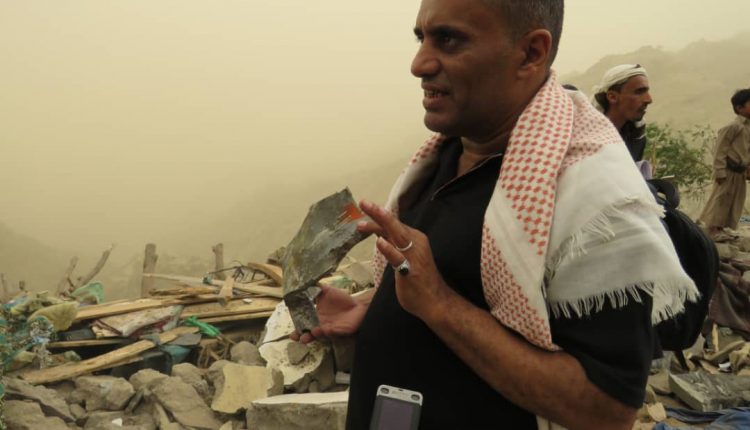 A spokesman of SCMCHA: Civilians still killed by USA weapon in Yemen.

A spokesman of SCMCHA, Talaat Al-Sharjabi, confirmed that the remains weapon found at the crime scene in Washaha, which targeted the house of Citizen Magli, an American-made weapon, the same weapon found in previous crimes, including the targeting of children in Dahyan of Sa’ada province.

Al-Sharjabi said in a statement to SCMCHA, that the target house was one of the poorest citizens in a remote area at the foot of a mountain in the village of Al-Qasm in the district of Beasta in Hajjah governorate, and far from a military scope, which indicates the deliberate targeting of this house, which contains only children and women, and this proves the continuation of aggression by committing crimes

The council spokesman made the statement sit-in during the visit to the crime scene accompanied by human rights activists, civil society organizations, media and local and international satellite channels visited the site on Monday .